Delivering, clear, concise and powerful messages to players and coaches is one of the biggest challenges an analyst faces. So, in this blog, we'd like to discuss ways in which you can do this.

There may be some of you out there who are using KlipDraw for entertainment purposes...to telestrate YouTube videos, etc, but the majority of you will be directly involved in the world of sports as analysts or coaches. 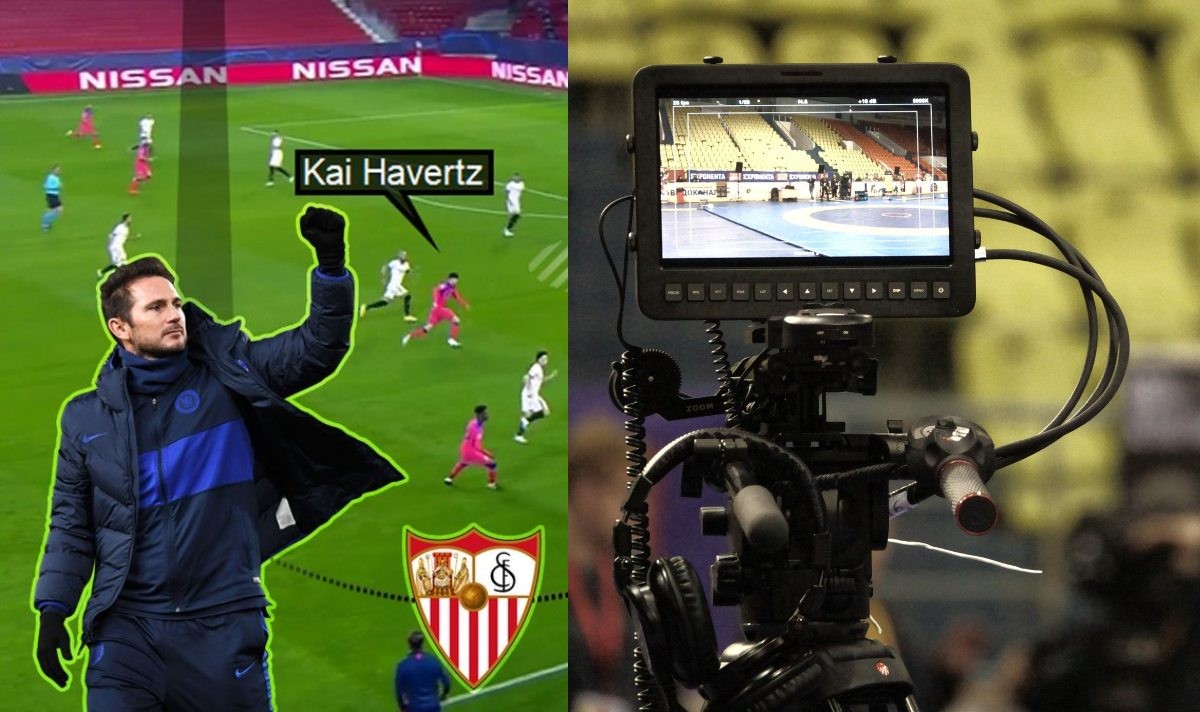 As such, you know the importance of clarity and being able to express your message in as succinct a way as possible.

A picture paints a thousand words, as they say, and a telestrator does the same. But how can you maximise the power of your message? Well, let us give you some advice…

Identify Areas You Want to Highlight

Before you can deliver a clear message to players, you must first be clear with yourself what message you WANT to deliver.

Every good outcome starts with a good plan, right? So be sure you have your objectives clear before you start. 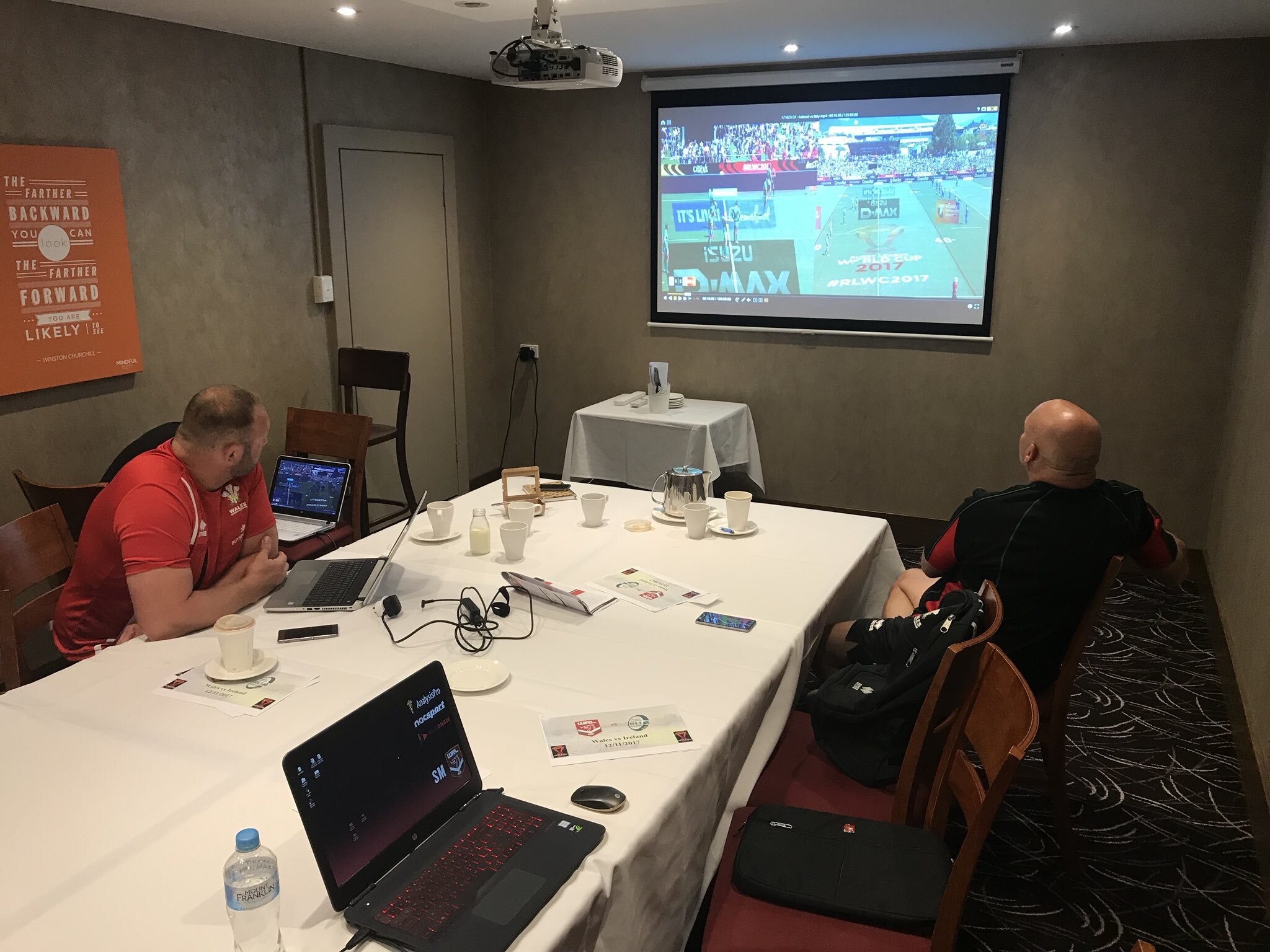 You might come up with the plan on your own or in conjunction with other coaches or players, but answering all these questions BEFORE you even switch on your computer will help you focus on the task at hand.

Which brings us to our next stage...

Let’s imagine that you’re looking at the opposition defense in football and trying to identify weaknesses to demonstrate to the team. While analysing their game, you’ve noticed that big gaps appear in the centre when they are pulled out to the right wing. You think this can be exploited, how do you communicate this to your team?

Well, the first stage is to find plentiful examples of this. If it only happened once, then it’s not a pattern, is it?

So, how do you find examples? Well, there’s no quick answer to this, you have to watch multiple games, observe the opposition and take note of when relevant examples occur.

Head of Opposition Analysis at Liverpool FC, Greg Mathieson, says that there is no set number of matches you need to watch to find these patterns. Sometimes they’ll pop up in the first game you watch, sometimes much more. But...your watching football! What’s the problem? Enjoy it!

At this stage, dedicated software for sports video analysis will come in useful. We recommend Nacsport, into which KlipDraw can be fully integrated. Nacsport allows you to define and tag exactly what you expect to see, marking a video so that that exact moment can be recalled at a later stage.

To expand on our example, imagine you want to see how a team reacts when receiving crosses into the box from the right side. Set this as one of your parameter buttons in Nacsport and, every time this occurs, press the button. At the end of your observation, you will have tagged every instance of right wing crosses and be able to recall all of them at the click of a button.

Of course, you can set multiple parameters so you don’t have to watch a match over and over.

If you don’t have dedicated video analysis software, the process becomes a bit more laborious, but it’s still doable with basic video editing software such as iMovie or even a simple pen and paper for writing down the time when something happens.

By the way, this is just the tip of the iceberg of what Nacsport can do. It’s an extremely powerful piece of software for tagging, analysing and presenting. And we have a special deal with them. KlipDraw users can get Nacsport at a very special price. Click here for more details!

Use the Full Arsenal of KlipDraw Tools

Ok, you’ve found your examples, now, how are you going to highlight the action on the field without finger pointing and thousands of words?

With KlipDraw, of course? It’s time to make use of the full arsenal of telestration tools at your disposal to build your message. Let’s take a look at some of the basics and a few advanced tools you can use. 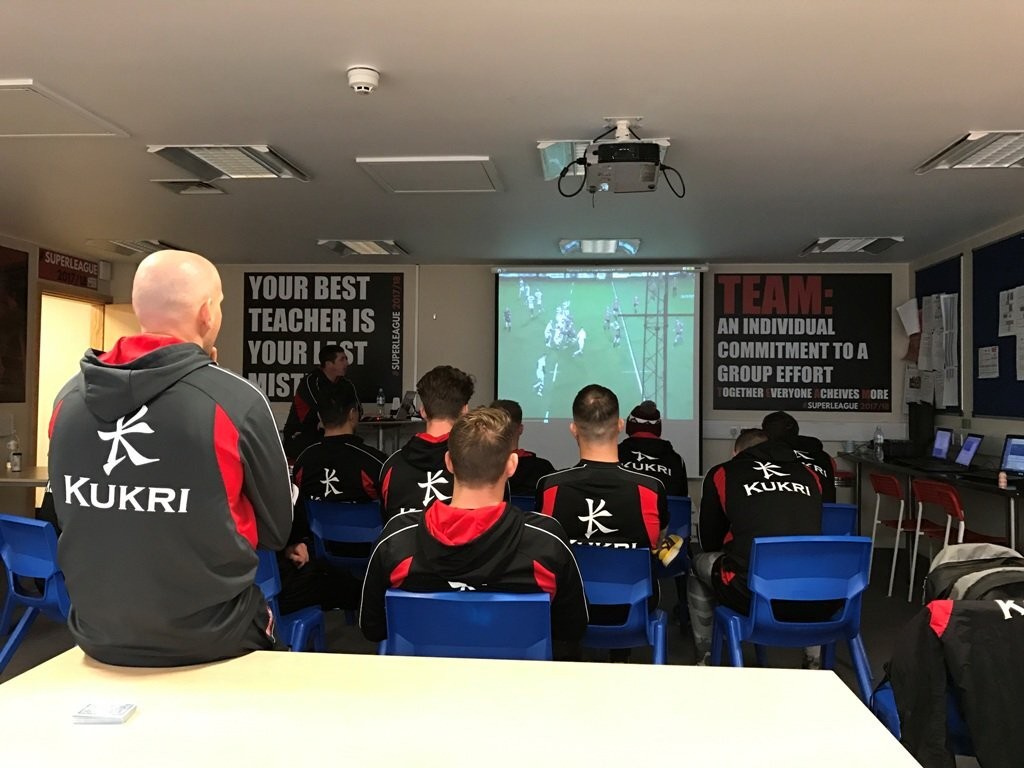 Basic Shapes and Figures (All versions)

These will be your basic tools for highlighting movement and direction in your analysis. It’s up to you how you utilise them. There’s a certain amount of artistry involved in KlipDrawing, and we wouldn’t want to stunt your creativity by imposing rules on you.

You can, of course, use more than this, but be consistent in your choices. If you use yellow to represent movement of the ball in Klip 1, continue this trend throughout all your Klips.

Makes sense right? Avoids confusion? Of course it does!

Animating your Klips allows you to show the sequence of movements as they play out. Let’s talk through an example of how this might look in practice, using our example from the previous section.

Animation 1: Two blue spotlights descend highlighting the central midfielder and right winger, the two players who will link up in this play.

Animation 2: A white line representing the ball being played out from the centre of midfield to the right wing. 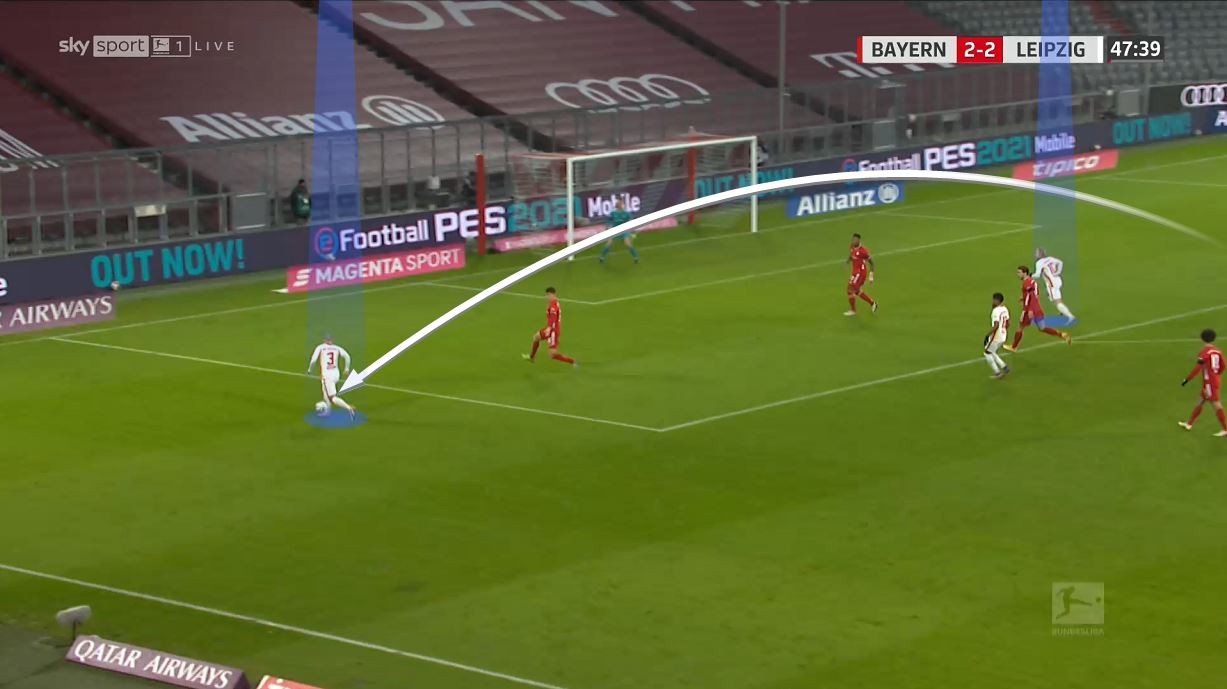 Animation 3: A yellow spotlight descends on the two central defenders of the defending team, these are the players who will be manipulated during this play.

Animation 4: Two yellow lines sprout from the defenders, showing their movement as they are pulled out towards the right.

Animation 5: A circular area appears in the centre, representing the area that has been vacated by the defenders and which can be exploited by the left winger.

Animation 6: A blue spotlight and arrow show the movement of the left winger moving into the open central area.

Animation 8: A brief flash in the goal line representing a goal!

I’m sure you can see how animated graphics could make all these movements extremely clear. To explain this using words would take a long time, it took me half an hour to type it! Using Klips, all of this movement could be shown clearly in less than 20 secs.

The Object Mover and Route Simulator (KlipDraw Animate and Motion)

The Object Mover allows you to layer your Klips so that what should be on top, remains on top. The above mentioned pitch area in Animation 5, for example, should go UNDERNEATH any players in the area, not on top of them.

Using a similar tool, the Route Simulator in this case, why not replace coloured arrows and lines, by simply extracting the image of the player and moving them to the desired position on the pitch to simulate their movement.

This is a powerful visual aid that, if you don’t yet know how to use, you should get on straight away.

It’s a simple process, but, if you’re having trouble, why not book yourself on one of comprehensive courses which will show you how to do this and much much more.

This one is pretty obvious, but our most recent version of KlipDraw, Motion, allows you to highlight and track the movement of players in real-time as the video plays.

Again, it’s clear how this could be used to precisely show  the movement of players. Combine this tracking with freeze frame Klips and you really do have a tool which provides clarity and power to your message.

If you use KlipDraw Animate, you can easily upgrade to Motion right now by simply paying the difference between the two programs. Click the link below for more information.

Of course, there are many other tools which you could employ such as the Zoom or Blackout features for highlighting areas of the frame, but we’re not going to go into all of them today. As we said, there’s a certain degree of artistry at work here and, although we provide the palette, it’s up to you to bring the inspiration.

So, you’ve completed all of the above steps and it’s now time to deliver your message. It’s an easy process to produce high quality videos with KlipDraw and export them as mp4 video files.

What you do with them after that will depend on what you decided in the planning stage. Here are some possibilities:

How you share your work is entirely up to you, but choose a way that is meaningful and allows for feedback and questions from the intended audience. 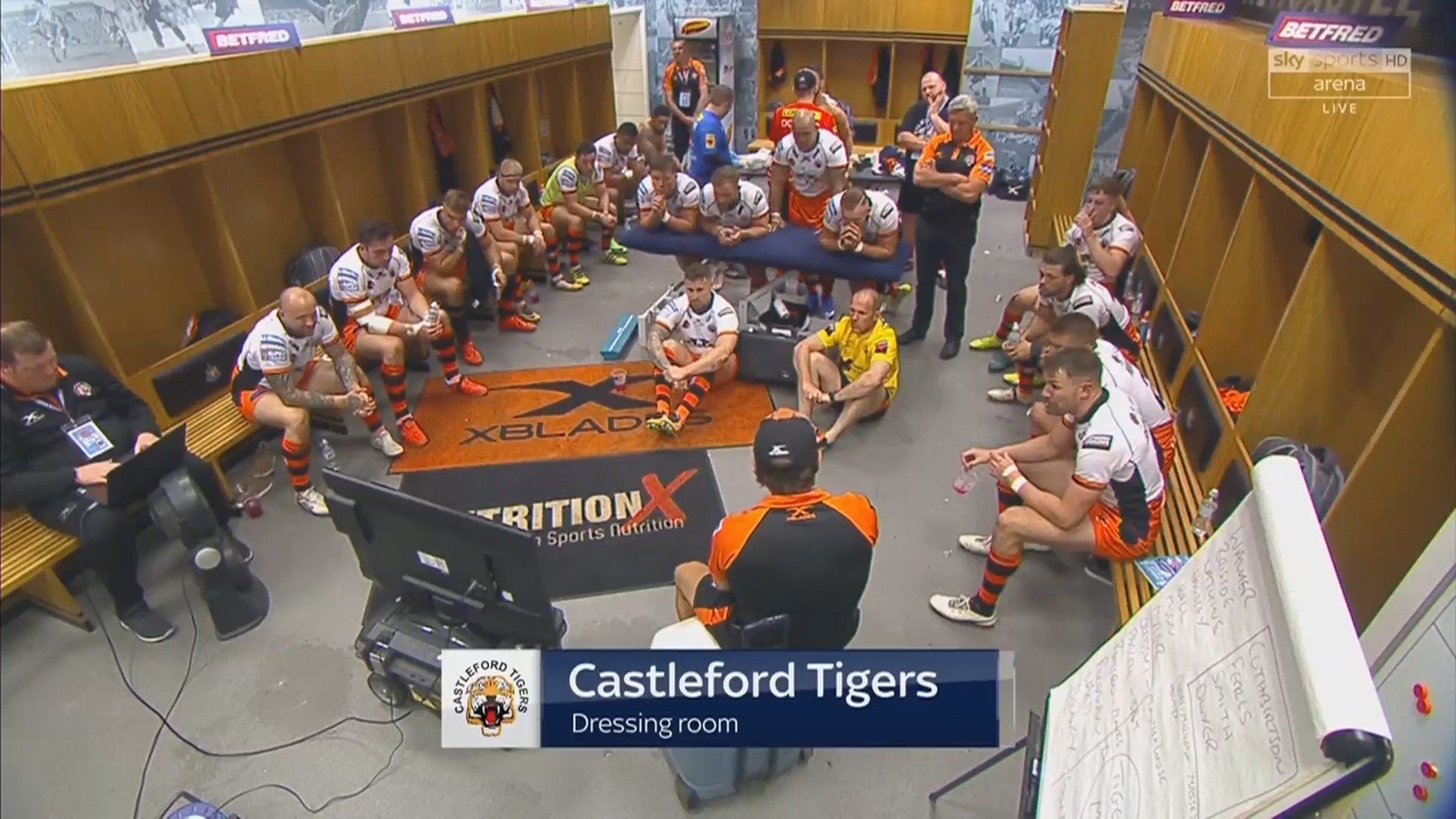 That’s your lot for today. We hope that this advice has been helpful for you and that we’ve been able to give you some useful ideas on how to create powerful and meaningful messages with KlipDraw.

If you’ve got any other suggestions for our community that you’d like to share, please get in contact through any of our social media channels, it’s good to talk!

In the meantime, happy KlipDrawing and thanks for reading! 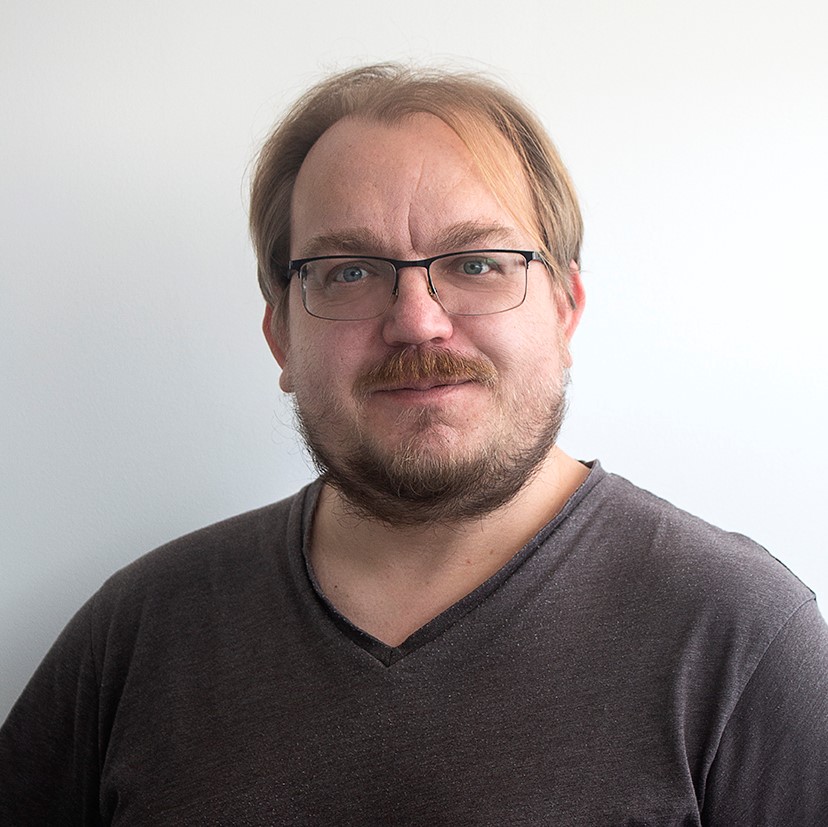 Are you enjoying this article?

Subscribe to our newsletter and receive a monthly compilation of articles, interviews and Nacsport tips for video analysis.

Thanks for subscribing to our newsletter!

Once a month, we'll send a compendium of our best articles, interview and advice, straight to your inbox. Enjoy!

Receive a monthly compilation of articles, interviews and tips

Thanks for signing up for our newsletter. Very soon, we`ll mail out the best articles and advice from our website...straight to your inbox